Astaxanthin's efficacy and role in life

Astaxanthin, an oxygen-containing derivative of carotenoids, can effectively remove active oxygen in the body and has high nutritional and medicinal value. Many scholars have proved through animal and clinical experiments that astaxanthin has many physiological functions such as enhancing immune function and preventing cardiovascular diseases! Let's walk into astaxanthin with the editor below and learn about its wonders!

Astaxanthin belongs to the keto carotenoid, the full name is 3,3'-dihydroxy-4,4'-diketo-β,β'-carotene, and the molecular formula is C 4 0H 5 2 O 4. Astaxanthin is hardly soluble in water, but easily soluble in organic solvents such as chloroform, acetone, benzene and carbon disulfide. 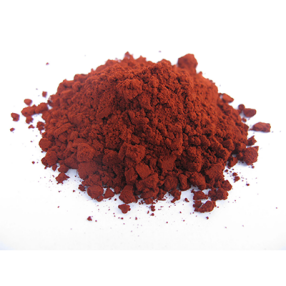 Astaxanthin's antioxidant properties are more than a hundred times stronger than α-tocopherol, so it is called "Super V E". Liu Ziyi et al. (1997) compared the effects of astaxanthin extracted from shrimp shells with α-tocopherol on the prevention of peroxidation in mouse liver homogenate. The results showed that astaxanthin has better antioxidant effect than α-tocopherol. Tocopherol is more than a thousand times stronger. In addition, astaxanthin can effectively prevent the peroxidation of phospholipids and other lipids.

Compared with β-carotene and lutein, astaxanthin can more effectively prevent ultraviolet light oxidation of lipids. Therefore, the UV protection properties of astaxanthin play an important role in maintaining the health of eyes and skin. The skin burns, oxidizes, becomes irritated, immunosuppressive and even cell cancerous when exposed to strong light. Preclinical studies have shown that adequate intake of antioxidants such as β-carotene and α-tocopherol and ascorbic acid from food can reduce these damages. In vitro experiments also proved that astaxanthin's anti-photooxidation ability is stronger than β-carotene and lutein. These research results show that astaxanthin has great potential as an edible photoprotective agent.

Maintain the health of the central nervous system

Experiments on feeding mice with natural astaxanthin show that astaxanthin can pass through the animal's blood-brain barrier and produce antioxidant activity outside the barrier. Therefore, oral astaxanthin is a good way to prevent neurological diseases such as Parkinson's syndrome.

Bennedsen et al.'s study showed that feeding mice with astaxanthin-rich Haematococcus pluvialis algae powder can significantly reduce the attachment and infection of Helicobacter pylori to the stomach. For this reason, shrimp has been developed abroad. Penicillin oral preparation is used as an anti-gastric infection preparation.

Astaxanthin can prevent the in vitro peroxidation of rat liver mitochondria, and its efficiency is more than 100 times that of VE, which shows the properties of astaxanthin in protecting mitochondria and anti-aging. Kistler's research in 2002 showed that astaxanthin has the effect of regulating the CYP gene of mouse liver cells, but so far there is no evidence that it has such a regulatory effect on human genes.

A large number of studies have proved that natural astaxanthin has potential physiological regulation effects in the human body, making it have a good application prospect in nutrition and medicine, especially in the production of functional health care drugs. Based on the strong antioxidant properties of astaxanthin and its potential role in the human body, it can be inferred that supplementing astaxanthin is expected to be an effective way to regulate body functions and maintain human health.