Chondroitin sulfate is a sulfated glycosaminoglycan (GAG) composed of alternating sugar chains (N-acetylgalactosamine and glucuronic acid).It is usually found attached to proteins as part of proteoglycans.A chondroitin chain can have over 100 individual sugars,each of which can be sulfated in different positions and amounts.Chondroitin sulfate is an important structural component of cartilage,and provides much of its resistance to compression.Along with glucosamine,chondroitin sulfate has become a widely used dietary supplement for the treatment of osteoarthritis,although large clinical trials have failed to demonstrate any benefit of chondroitin on symptoms. 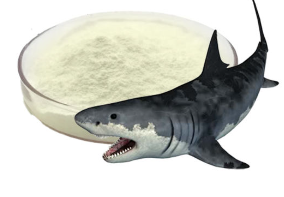 Chondroitin is used in dietary supplements as an alternative medicine for the treatment of osteoarthritis.It is also approved and regulated as a symptomatic, slow-acting drug for this disease (SYSADOA) in Europe and some other countries.It is often sold with glucosamine,review of clinical trials found that most trials were of low quality,but there was some evidence of short-term improvement in pain and few side effects;it did not appear to improve or maintain the health of affected joints.Chondroitin and commonly used glucosamine should not be used to treat patients with symptomatic knee OA because there is evidence that these treatments do not relieve the condition.Chondroitin has proven promising in the treatment of coronary artery disease.In a 6-year,double blind,placebo-controlled study of 60 subjects published in 1973,fatal heart attacks were reduced by 350% in the chondroitin sulfate group compared to the control group.When analyzing the data on non-fatal cardiovascular events,the non-fatal heart attack rate was 16% in the control group compared to 0% in the chondroitin sulfate-treated group.

The effects of chondroitin sulfate in patients with osteoarthritis may be the result of several responses,including its anti-inflammatory activity,stimulation of proteoglycan and hyaluronic acid synthesis,and reduction of chondrocyte catabolic activity,inhibition of proteolytic synthases,nitric oxide,and other substances that help destroy the cartilage matrix and lead to the death of articular chondrocytes.A recent review summarizes data from reports describing the biochemical basis for the effects of chondroitin sulfate on osteoarthritic joint tissue.