Curcumin have the multiple effects

Curcumin is a chemical component extracted from the rhizomes of some plants in the Zingiberaceae and Araceae family. Among them, turmeric contains about 3% to 6%. It is a very rare pigment with diketones in the plant kingdom. It is a diketone type. Compound. Studies have shown that curcumin has the effects of lowering blood fat, anti-tumor, anti-inflammatory, choleretic, and antioxidant.

What are the health benefits of turmeric root

Researchers from Curtin University said that a compound found in turmeric root, curcumin, can effectively treat most cancers and other inflammatory-induced diseases. This review article analyzed many past clinical trials, and related clinical studies have used curcumin to treat cancer patients, and found that curcumin is a safe and effective molecule in the treatment of cancer. 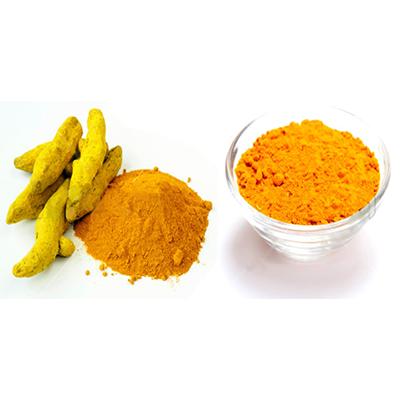 Researcher Gautam Sethi said that most diseases, including cancer, are caused by the abnormal regulation of multiple genes. Therefore, in order to treat cancer, multiple targeting agents are required, instead of using a single cancer target as in the past. To preparations. Multi-targeting agents can target a variety of out-of-control carcinogenic cascade signals, and at the same time can effectively treat cancer, and mutations in multiple genes are often found in the occurrence of cancer.

A new scientific research has determined that curcumin (a biologically active molecule derived from the spice turmeric) is one of the mechanisms that prevent colon cancer cancer cells from metastasis. Studies have found that curcumin can block the colon cancer protein-cortex protein. Cortex protein is a protein essential for the movement of cancer cells. It is often overexpressed in cancer, which promotes the metastasis of cancer cells to other organs in the body.

Curcumin is the active ingredient of turmeric and has been scientifically used for the treatment of many types of cancer. Curcumin has been shown to have cancer chemopreventive effects, and its ability to reverse, inhibit or prevent the development of cancer. New research has discovered one of the mechanisms by which curcumin prevents the metastasis of colon cancer cells. The research team found that pTyr421, the activated part of the cortical protein, is over-activated in colon malignancies. We found that the excessive activation of cortical proteins is caused by the process of hyperphosphorylation.

Researchers from the Massey Cancer Center of Virginia Commonwealth University created some new hybrid molecules in the laboratory based on the structural characteristics of the anti-nausea drug thalidomide and turmeric, a spice commonly used in the kitchen. The molecular compound can effectively kill multiple myeloma cells. The research papers were published in the recently published Organic & Biomolecular Chemistry magazine.

Thalidomide was first used as an anti-nausea drug to help control morning sickness in the 1950s, but was later removed because it was found to cause birth defects in 1962.

In the late 1990s, thalidomide re-entered the stage of history as a single or combined therapy for multiple myeloma. Turmeric is an ancient spice grown in India and other tropical Asian regions. It has a long history of use and has recently been used as an agent to prevent and treat cancer, arthritis and Alzheimer's disease.

We often use turmeric powder (Powdered turmeric) to treat osteoarthritis and other diseases. The active ingredient curcumin can effectively inhibit inflammation. Recently, researchers from Ludwig Maximilian University revealed that curcumin can effectively inhibit the formation of cancer metastases. The relevant research results were published in the international journal Carcinogenesis.

Prostate cancer is a malignant tumor that is widespread in Western countries. It is usually diagnosed after metastasis in the patient's body. Now researchers have begun to study curcumin to inhibit the formation of cancer metastases. The researchers first examined the molecular processes involved in abnormal regulation in prostate cancer cells. Breast cancer and prostate cancer are usually associated with underlying or chronic inflammation. In many cases, tumor cells can produce pro-inflammatory immune modulators, including CXCL1 and CXCL2.

Curcumin is a chemical component extracted from the rhizomes of some plants in the Zingiberaceae and Araceae family. Among them, turmeric contains about 3% to 6%. It is a very rare pigment with diketones in the plant kingdom. It is a diketone type. Compound.

Recently, it has been reported that curcumin has the effect of anti-cancer of various types, but the molecular mechanism of this anti-cancer effect is not fully understood. In a study recently published in the journal Molecular Biology Reports, researchers evaluated and analyzed the effects of curcumin on human breast epithelial cells MCF-7 cells. After the cells were treated with curcumin, the tumor cell viability was detected by MTT method. A Transwell chamber was used to detect the invasion ability of cells. The activity of NF-κB binding to DNA was tested on nuclear extracts with a trans-AM NF-κB ELISA kit. Western blot was used to detect the effect of curcumin on uPA expression.