1. Effects on sexual function: Epimedium extract has the catalytic effect, this effect is due to semen secretion, sperm sac filled, stimulates the sensory nerve, indirectly excited libido; The flow-soaked paste made of Epimedium extract or Epimedium extract can't show the tail reaction to the dog, but it can be known that it has the effect of promoting semen secretion, its leaves and roots play the strongest role, fruit second, stem is the weakest; The method of increasing the weight of the prostate, sac and muscle (mouse) proved that Epimedium  extract had a male hormone-like effect, which was weaker than the snake bed, but stronger than the original sac and seahorse, and injected its extract 20 to 40 mg, which was equivalent to 7.5 micrograms of testosterone. Sheep-fried agent used to remove the ovaries on both sides of the mouse, proved that the role of no estrogen, the rat mating rate, ovulation cycle, rabbit urinating in the excretion of estrogen has no effect, its hot water and cold water immersion results are the same. The ethanol extract had no effect on normal and ovarian female mice, nor did it increase the weight of the uterus and ovaries. 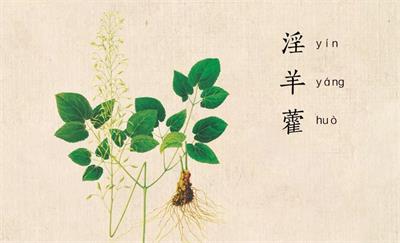 2. Effects on microorganisms : The test tube of Epimedium extract frying agent has a significant inhibitory effect on poliovirus, in the drug and virus contact within 1 hour, that is, the performance of inactivation, other enterovirus can also be inhibited; It has significant antibacterial effect on white staphylococcus and Staphylococcus aureus, and mild inhibition on nectalicoccus aureus, pneumococcal double-bocci, haemophilus influenzae. 1% concentration has antibacterial effect on human TB bacteria.