The discovery of lumbrokinase in earthworms was no accident, but a targeted investigation to understand traditional medical practices in Asian cultures. Earthworms have been used in traditional Asian medicine for centuries (including now) and are considered a safe ingredient based on all ancient and modern medical writings and accumulated experience.Although earthworms seem to be safe, what about the enzymes extracted from earthworms? Past drug development experience tells us to be wary of the bleeding risk of any drug that affects the coagulation system.Therefore, bleeding risk was one of the side effects of greatest concern in earlier studies and trials involving lumbrokinase. Almost all researchers who have studied or published on lumbrokinase to date agree that it is a well-tolerated and very safe preparation of plasmin, estimated an overall adverse reaction rate of about 3%, with symptoms such as mild headache, dizziness, constipation, and nausea; all symptoms disappeared spontaneously after drug discontinuation without specific treatment, found an even lower rate of adverse reactions—0.7%—although the authors felt that this figure was an underestimate.Types of adverse reactions include nausea, vomiting, rash, skin itching, and dizziness; there is no bleeding problem, and no liver or kidney damage. 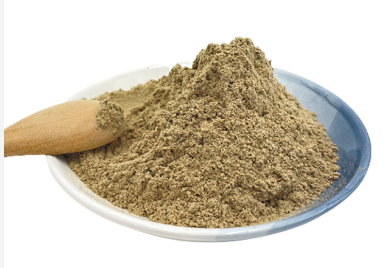 Experience in drug development has taught researchers that clinical trials are only simulations, no matter how perfect the study design.The adverse effect profile of any drug can only be truly and timely reflected after it is marketed and used under real-life conditions.There are many products containing lumbrokinase on the market, most of which are sold to Asian countries.Some of these products are regarded as nutritional supplements,some are regarded as traditional Chinese medicine, and some are regarded as pharmaceutical products.Lumbrokinase and earthworm-derived products have maintained a good safety record over the past 30 years with few adverse reactions reported.

Lumbrokinase may have many benefits for people with adrenal fatigue and address many of the problems associated with the condition.Interestingly, research suggests it may also have antioxidant, antiulcer, antibacterial, and anticancer properties.These various properties may benefit not only those with adrenal fatigue, but also the many health issues associated with the condition.

One of the main causes of many health issues related to adrenal fatigue is inflammation.Unhealthy blood clotting and increases in fibrinogen often precede inflammation.Elevated levels of fibrinogen are also often associated with stage 2 adrenal fatigue. Fibrinogen controls the blood's ability to clot.As , lumbrokinase can reduce the formation of blood clots. This is accomplished by addressing elevated levels of fibrinogen.By reducing fibrinogen levels, lumbrokinase can provide your body with the support it needs to reduce the inflammatory response that can address some of the issues associated with adrenal fatigue and its various symptoms.

Antioxidants protect your body from the damaging effects of free radicals and oxidative processes.Earthworm extract contains high concentrations of antioxidants and enzymes to support the body and fight the effects of free radicals and oxidative stress.It also promotes stomach health by protecting the lining of the GI tract, preventing ulcer formation and reducing stomach acidity.

Earthworm extract may also have antimicrobial properties and support stomach health by helping reduce harmful bacteria in the digestive tract.Stomach health plays an important role in your immune function and has been linked to adrenal fatigue and its associated symptoms.Gut health is critical to adrenal health as it helps ensure proper nutrient absorption during the healing process.

One of the most intensively investigated areas of potential clinical application is the use of lumbrokinase in the prevention and treatment of ischemic stroke patients.Lumbrokinase has been shown to be safe and effective in the treatment of acute ischemic stroke by reducing blood viscosity,preventing reperfusion injury, and reducing neurological deficits. It has also been shown to increase the efficacy of aspirin for secondary stroke prevention.Lumbrokinase has also been impressive in the treatment of coronary artery disease,including patients with unstable angina. In addition to reducing whole blood viscosity,plasma viscosity, fibrinogen, and ESR, study data suggest that lumbrokinase minimizes angina frequency, minimizes need for nitroglycerin, and improves ST-segment elevation on EKG .Other potential applications of lumbrokinase include deep vein thrombosis, essential hypertension, vascular dementia, etc.

Unbeknownst to most clinicians, lumbrokinase is now being investigated as a potential antineoplastic and antimetastatic agent.There is various  and clinical evidence that hypercoagulation is involved in stimulating tumor growth and metastasis.There is also evidence of the potential use of anticoagulants in limiting cancer growth and metastasis. Although still at an early stage of research, lumbrokinase has been shown to inhibit gastric cancer cell growth and liver cancer cell metastasis.