English
Home / News / What Is Lumbrokinase?

Lumbrokinase is a complex enzyme preparation extracted from earthworms.Lumbrokinase can also be referred to as earthworm powder enzymes (EPE) or earthworm fibrinolytic enzymes (e-PPA).Earthworms have been used in traditional Eastern medicine for thousands of years in countries such as China, Japan, Korea, and others, earthworms or “Earth Dragons” possess the properties to “invigorate blood, resolve stasis, and unblock the body’s meridians and channels.” As a result, earthworms are commonly included in traditional herbal formulae that treat ischemic or thromboembolic conditions.Inspired by the empirical wisdom of traditional Eastern medicine,modern Japanese researchers started searching for active ingredients that could account for the observed properties of earthworms.Finally, in 1983 Dr. Hisashi Mihara succeeded in extracting powerful fibrin-dissolving enzymes from earthworms, and he named this group of enzymes lumbrokinase.Since then, Korean and Chinese researchers have compiled extensive in vitro, animal, and clinical data on the safety and potential applications of lumbrokinase over the past 30 years.

Keyword search of “lumbrokinase” generated 65 results,dating as far back as 1991 and as recent as February 2018. However, performing the same keyword search in one of the largest Chinese digital periodicals ! no means an attempt to summarize all of the available research on lumbrokinase, but merely to point out some of the clinically relevant highlights. Still, what is presented here is barely scratching the surface. 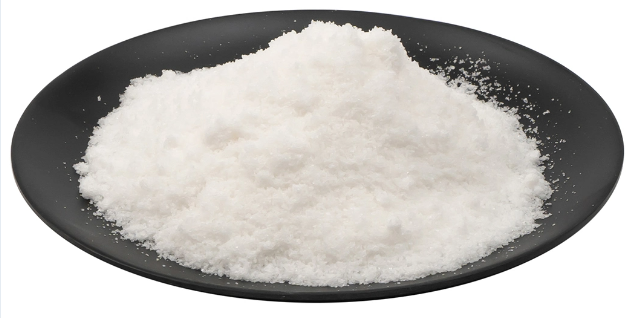 Over the years various researchers have extracted lumbrokinase from different earthworm species by different methods and also studied its physiological properties in animal models.Most research indicated that lumbrokinase is primarily a fibrinolytic enzyme and it possesses both direct and indirect fibrinolytic effects.(2,3) It can activate the innate plasminogen system and also can achieve direct fibrinolysis independent of the plasminogen system. In 2004, discovered that lumbrokinase also inhibits PAI-1 activity and enhances t-PA activity. In addition to being a strong fibrinolytic agent, lumbrokinase may indirectly achieve anticoagulation by inhibiting platelet functions were among the first researchers to report on such a property.Interestingly, many people are not aware that lumbrokinase contains an enzyme that has opposing actions on the coagulation system. Demonstrated that lumbrokinase not only promotes fibrinolysis but also prothrombin activation (thus fibrinogenesis).It appears that Nature has intended lumbrokinase to have a bi-directional rather than a uni-directional property.This built-in “balancing” mechanism may have contributed to the excellent safety record of lumbrokinase.

Differences Between Lumbrokinase Products and Other Enzymes

Not all lumbrokinase products are made the same.Lumbrokinase is a mixture of enzymes from earthworms,thus products manufactured by different companies will have slightly different properties due to the differences in earthworm species used, extraction methods, and purification processes.As a result, some lumbrokinase products may affect lab tests like INR or aPTT and some may not.They may also differ in the type of capsules used,fillers,and the quality control processes.Despite the differences, good quality lumbrokinase products should provide similar clinical benefits when used properly.In addition to products with standardized enzymatic activities,there are also products that use ground-up earthworms or crudely extracted earthworm proteins,which may contain lumbrokinase but without having the enzymatic strength and total enzymatic activities assayed.Then how does lumbrokinase compare to other proteolytic enzymes? There are many oral proteolytic enzymes currently on the market, including bromelain, pancreatic enzymes, serrapeptase, nattokinase, etc.In terms of safety, by nature of being a protein, oral proteolytic enzymes are considered very safe.In terms of enzymatic activity, many proteolytic enzymes have broad-spectrum enzyme activities that are not specific towards fibrin.Presently only serrapeptase and nattokinase are being promoted as possessing fibrinolytic activities, thus more similar and comparable to lumbrokinase.Serrapeptase is an enzyme extracted from silkworms and has been shown to be an effective anti-inflammatory enzyme for pain and swelling reduction.However, it still lacks clinical research supporting its use in thromboembolic conditions.On a milligram to milligram basis,the fibrinolytic strength of lumbrokinase is about 300-fold stronger than serrapeptase.

Nattokinase is an enzyme extracted from traditional Japanese fermented soybeans and has been shown to an effective enzyme in improving various hypercoagulation-associated parameters; it looks very promising as an oral enzyme in the treatment and prevention of cardiovascular diseases.However, the use of nattokinase in human clinical trials involving thromboembolic conditions is still limited. On a milligram to milligram basis, the fibrinolytic strength of lumbrokinase is about 30-fold stronger than nattokinase.

Therefore, serrapeptase is not considered a strong fibrinolytic enzyme and should primarily be used for inflammation and pain association with oral/facial surgeries, sinus infection, arthritis, or chronic airway diseases.Respectively, nattokinase and lumbrokinase would be more suited for patients with mild and severe hypercoagulation or for patients with low and high cardiovascular risks.