English
Home / News / What to Know About Pepsin: Benefits and Uses

What to Know About Pepsin: Benefits and Uses

If you really want to learn about the digestive enzyme pepsin, you're in the right place.While it may not be as exciting as Pepsi, pepsin is very important-especially if you're eating a lot of protein in order to build muscle and/or lose fat.Pepsin is an enzyme in the stomach that helps break down protein in food for digestion.Specifically, it acts on proteins found in meat,eggs,dairy products,nuts and seeds.It's the first of a group of enzymes called proteases to attack proteins.Pepsin,the first enzyme to be discovered, was named by German physiologist.Theodor Schwann-who considered the cell to be the most basic unit of animal structure.Here's how pepsin works.Glands in the stomach lining produce a protein called pepsinogen.If the environment is sufficiently acidic (pH between 1.5 and 3), vagal and hormonal secretions stimulate the release of pepsinogen into the stomach.Pepsinogen is then mixed with hydrochloric acid (stomach acid) and converted to pepsin.Pepsin breaks down the protein in any food in the stomach into smaller units called peptides,which are then absorbed by the small intestine.In the gut, other proteases continue to break down the peptides further into amino acids, which your body can use to build new proteins for itself,or to burn as fuel.Sometimes pepsin can back up from the stomach into the esophagus, causing acid reflux.Therefore, tiny amounts of pepsin in the esophagus can help doctors diagnose reflux events.Pharmaceutical companies market products designed to suppress gastric secretions to relieve symptoms; one such product, Pepcid,takes its name from the enzyme pepsin.Pepsin can be taken as a supplement to aid digestion.Commercial pepsin is derived from porcine stomach. Because of its acidity,pepsin is also used to remove hair and other tissue from animal hides and skins before they are tanned, as well as shells and scales from seafood 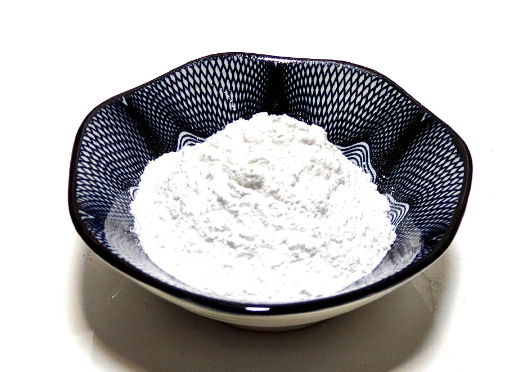 What Are the Benefits of Pepsin?

Pepsin does to protein in food what a six-year-old does to Lego bricks-it breaks it down into smaller pieces.These fragments can be easily absorbed by the small intestine.Pepsin is also responsible for killing bacteria in the stomach and separating vitamin B12 from protein so that the vitamin can be properly utilized. In 2015, Chinese researchers proposed that pepsin helps us digest nucleic acids-the building blocks of DNA and RNA that are critical to nearly everything from the immune system to muscle growth.This finding suggests that pepsin plays a larger role in the breakdown of nutrients than previously thought.

Digestive enzymes can become diluted for a number of reasons, and as an Oncotarget study noted, they tend to decrease further as we age.If the pH of your gut is elevated, your stomach won't be able to release enough pepsin.Without the enzymes that break down proteins,the body cannot process proteins optimally.Therefore, taking a supplement that contains pepsin may help.Pepsin can be taken alone,with an HCl supplement (betaine hydrochloride), or as part of a digestive enzyme blend. Some protein powders are also mixed with pepsin and other enzymes to aid protein absorption.

If you're eating extra protein to build muscle mass, or maintain muscle while dieting for fat, pepsin can help ensure that the protein you consume is properly utilized."While there is no clinical evidence that pepsin supplementation is associated with muscle building, clients with digestive issues often report good results after starting to take digestive enzymes," says Marc Bubbs, Canadian Men's Basketball Sports Nutritionist, CISSN, Published Author of the book Peak."It may lead to appetite restoration and consuming the required amount of protein and calories to achieve hypertrophy." Another way to promote protein assimilation is to watch what you eat. Research published in Critical Reviews in Food Science and Nutrition states that "beans, grains, potatoes, and tomatoes contain inhibitors that reduce protein digestibility by blocking trypsin, pepsin, and other intestinal proteases.”So if you want to make sure that one ingredient in your meal doesn't destroy another, you may want to limit your intake of protein sources like meat,dairy,and fish when consuming these foods.(Thorough cooking also reduces inhibitors in foods like beans and potatoes.)Although pepsin is not found in food, you can boost your body's own production of pepsin by eating foods rich in protein and fat.High Fat/Ketogenic Diet May Produce More Pepsin.